skip to Main Content
QUESTIONS? Call us at (905) 315-9955
FacebookInstagramYoutubeEmailPhone 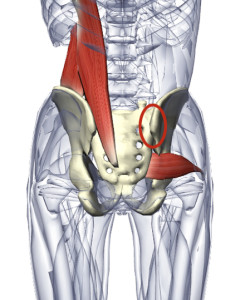 The triangular bone at the end of your spine that fits into your hips is called the sacrum. It is a naturally fused set of three to five vertebrae.  The joint between the sacrum and your pelvis is called the sacroiliac or SI joint.  Problems in this joint can cause pain in several areas including the lower, back, the buttock, the groin, the legs and the top of the hip bone.  Pain is usually only on one side of the body.  The symptoms tend to worsen in static positions such as standing, sitting, or lying down.

Sometimes it is felt when going up the stairs or bending forward.  Causes can include a sprain in the ligaments that surround the joint, muscular imbalances, abnormal walking patterns and laxity of ligaments due to pregnancy.

Relief can be felt temporarily by going into the fetal position (lying on the side with the knees bent).  A pillow between the knees sometimes helps.  Physiotherapy can help by strengthening muscles and correcting muscular imbalances.

Treatment
Physiotherapy & Chiropractic Treatments include light stretches for the support muscles, Therapeutic Ultrasound, and the use of the IFC machine to relieve pain.

Programs & Services
Why live with pain? Make an appointment with us today.
Book Online
Back To Top